These principles are taken from Rachel Hinman's fantastic book, The Mobile Frontier. They apply to the design of so called Natural User Interfaces (NUI).

For deeper insights into these principles I highly recommend reading the book which is truly great!

Also check out this thread on Quora where Rachel Hinman share these principles along with some other authorities on the subject. 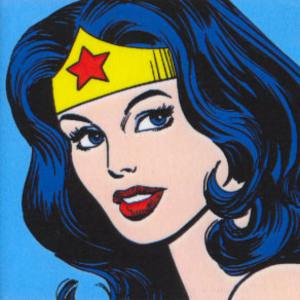 Unlike GUI interfaces, which are enabled by indirect manipulation through a keyboard and mouse, natural user interfaces enable users to interact directly with information objects. Touchscreens and gestural interaction functionality enable users to feel as if they are physically touching and manipulating information with their fingertips. Instead of what you see is what you get (WYSIWIG), successful NUI interfaces embody the principle of what you do is what you get.

Successful natural user interfaces feel intuitive and joyful to use. Information objects in a NUI behave in a manner that users intuitively expect. Unlike a successful GUI in which many options and commands are presented all at once and are depicted with very subtle hierarchy and visual emphasis, a successful NUI contains fewer options with interaction scaffolding. Scaffolding is a strong cue or guide that sets users’ expectations by giving them an indication of how the interaction will unfold.

Good NUIs support users as they engage with the system and unfold or reveal themselves through actions in a natural fashion.

One of the great things about natural user interfaces is that they are dynamic and can locate themselves in space and time. Unlike GUIs that will present a user with the same set of options regardless of the context, NUIs are responsive to the environment and suggest what the next interaction should be.

5. Principle of the Super Real

Successful NUIs extend objects in a logical way into the world of magic, unlike GUIs that contain information in a cascading series of windows that resemble sheets of paper. With features like stretch to zoom, the UI elements of NUIs not only look real, but we also perceive them to be super real as their character can change in a way that is almost magical.

Unlike GUIs that are highly visual and often require a great deal of cognitive focus to use, NUIs are simpler and require less cognitive investment. Instead of getting lost in a labyrinth of menu options, menus on NUIs are streamlined, enabling more opportunities for users to engage and interact with other users instead of the system’s interface. As opposed to GUI laptops, which are optimized for individual use, systems with larger NUI formats, like the Microsoft Surface Table or tablets similar to the iPad, lend themselves to social computing experiences.

Unlike GUI systems, where an icon serves as visual representation of information, NUIs represent information as objects. In the world of successful natural user interfaces, a portion of an object often stands for the object itself. NUI objects are intelligent and have auras.

GUIs require a keyboard and mouse for interaction with computing systems. Touchscreens, sensors embedded in hardware, and the use of gestural UIs enable NUI interactions to feel seamless for users because the interactions are direct. There are fewer barriers between the user and information.