At the beginning of 2019, Bresslergroup launched the Design Defined video series of quick takes on their favorite design principles.

The ten principles shown here are principles that they've been curious about at some point during the course of their careers and thought others might be interested in learning more about too. 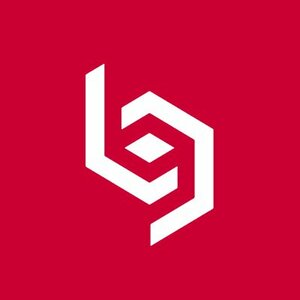 Nudge is a concept rooted in behavioral science that describes how minor design changes can markedly affect individual behavior. Simply put, a design nudge is a little push that makes the user think or do something they might not instinctively do.

Sapir-Whorf is a linguistics-related hypothesis that, when applied to design, raises questions about how our tools influence our solutions. Similar to how a speaker’s native language influences the way that speaker experiences the world, the tools we use as designers can influence how our products look, feel, and function.

User feedback, which is used to inform product design, can often be biased, which skews results and leads to mistakes. A challenge for researchers is to differentiate between useful input and bias. Order Bias is a cognitive bias demonstrated by research subjects when choices presented earlier or later in a sequence are disproportionately likely to be selected, simply because the subjects remember them better.

Product designers apply this theory of human motivation to their work by translating the five sets of needs in Maslow’s Triangle into a product design context. For a product design to be successful, it must first meet the needs sets in this order: Functionality, Reliability, Usability, Proficiency, and Creativity.

Break down the word “biomimicry,” and you have “bios” or “life,” and “mimesis,” which means “to imitate.” Biomimicry is the science of adapting solutions from biology to solve design problems. The idea is not to directly use the organism but instead to adapt the recipe or blueprint for the design principle to the problem at hand.

New technologies are subject to the highs and lows of consumers’ expectations. We embrace them, doubt them, and underestimate them. While this adds complexity to the work of product designers, there are frameworks, such as Amara’s Law, that can help predict how people will respond to emerging technologies both now and ten or more years into the future.

A circular economy is designed to use resources for as long as possible, after which they’re recovered and regenerated so that waste is nearly eliminated. Product design is key to enabling the circular economy by creating long-lasting products that are easy to reuse and recycle. Core principles to follow when designing products for a circular economy are: design for repair, take back, upgrade, and disassembly; use of recycled and recyclable materials; and efficient use of material and energy.

Mapping is the relationship between controls and their movements or effects. When you’re designing a product, your users will expect controls that are intuitive or familiar. While mapping can be a function of behavior — i.e. turning a wheel turns your car — it can also be learned through the use of other existing products and contexts.

Special 3D printers can now produce larger quantities of parts more quickly and cheaply, and in a wider variety of materials than is possible with traditional manufacturing. Short-run production of complicated parts is becoming a more viable option. Advanced 3D printing is opening doors to lighter, more efficient parts; new levels of customization; and simplified supply chains. The most exciting aspect of advanced 3D printing for rapid manufacturing is how it’s pushing the boundaries of design.

As humans, we tend to be drawn to forms and patterns that are anthropomorphic, or exhibit human-like traits. Designers have used this innate emotional attraction to humanoid characteristics to get attention for products, create positive interactions and relationships, and convey subtle messages.