"The 10 most general principles for interaction design. They are called 'heuristics' because they are more in the nature of rules of thumb than specific usability guidelines."

These are one of the most used heuristics for User Interface Design. They were developed by Jakob Nielsen together with Rolf Molich in the early 90's. The final set, which you see here, was released by Nielsen in 1994.

The heuristics are explained in greater depth in this video on YouTube. 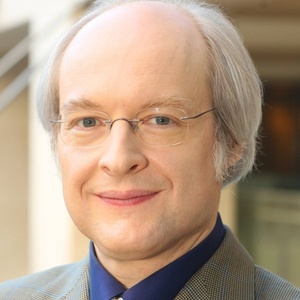 The system should always keep users informed about what is going on, through appropriate feedback within reasonable time.

2. Match between system and the real world

The system should speak the users' language, with words, phrases and concepts familiar to the user, rather than system-oriented terms. Follow real-world conventions, making information appear in a natural and logical order.

Users often choose system functions by mistake and will need a clearly marked "emergency exit" to leave the unwanted state without having to go through an extended dialogue. Support undo and redo.

Users should not have to wonder whether different words, situations, or actions mean the same thing. Follow platform conventions.

Even better than good error messages is a careful design which prevents a problem from occurring in the first place. Either eliminate error-prone conditions or check for them and present users with a confirmation option before they commit to the action.

6. Recognition rather than recall

Minimize the user's memory load by making objects, actions, and options visible. The user should not have to remember information from one part of the dialogue to another. Instructions for use of the system should be visible or easily retrievable whenever appropriate.

7. Flexibility and efficiency of use

Accelerators -- unseen by the novice user -- may often speed up the interaction for the expert user such that the system can cater to both inexperienced and experienced users. Allow users to tailor frequent actions.

Dialogues should not contain information which is irrelevant or rarely needed. Every extra unit of information in a dialogue competes with the relevant units of information and diminishes their relative visibility.

Error messages should be expressed in plain language (no codes), precisely indicate the problem, and constructively suggest a solution.

Even though it is better if the system can be used without documentation, it may be necessary to provide help and documentation. Any such information should be easy to search, focused on the user's task, list concrete steps to be carried out, and not be too large.