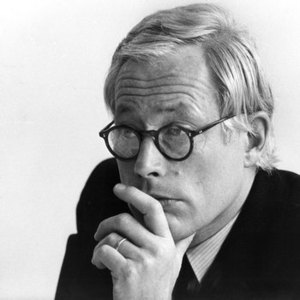 Dieter Rams was born in Wiesbaden, Germany, in 1932. He was strongly influenced by the presence of his grandfather who was a carpenter. Rams’s early awards for carpentry led to him training as an architect as Germany was rebuilt in the early 1950s.

Prompted by an eagle-eyed friend, Rams applied for a job at the German electrical products company, Braun, in 1955. He was recruited by Erwin and Artur Braun following the death of their father and his job was to modernise the interiors of the company that was launching revolutionary electrical products.
Rams became a protégé of the Ulm School of Design (successor to the Bauhaus) luminaries Hans Gugelot, Fritz Eichler and Otl Aicher.

He quickly became involved in product design – famously adding the clear perspex lid to the SK4 radiogram in 1956 – and was appointed head of design at Braun from 1961 to 1995.

Together with his design team, he was responsible for many of the seminal domestic electrical products – and some furniture – of the 20th century.